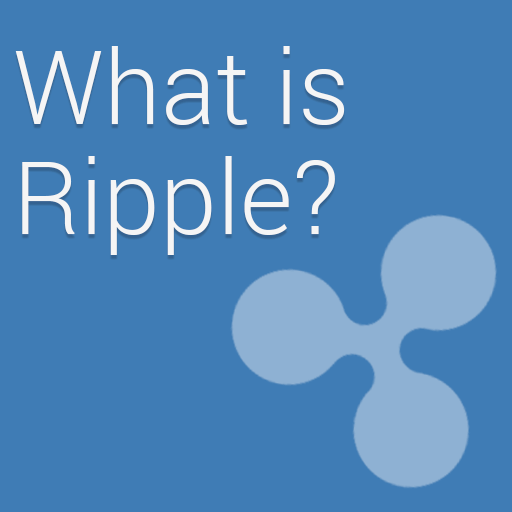 Technology has revolutionized everything and that includes the financial sector no wonder there is a mad craze about cryptocurrencies. Currently there are thousands of cryptocurrencies that are being formed everyday with many ICOs happening daily. As much as the pioneer cryptocurrencies such as Bitcoin, Litecoin and Ethereum still hold the market, there are many interesting ones that have spurred interest such as ripple also known as XRP.

Currently Ripple is the second largest cryptocurrency in the world.

Ripple can be purchased on many exchanges, read our guide on how to buy Ripple.

Even though the currency was launched in 2012, it is only recently that its value has greatly spiked which makes it one of the most valued cryptocurrencies. The currency has a market cap of more than $100 billion. As per December 2017, XRP was trading at 25 cents and currently its value has risen to over $2.60.

No matter how Ripple may spike interest and grow; it will still be hard to surpass Bitcoin as Bitcoin is still facing a massive growth especially in 2018.

What is Ripple Used For?

Ripple is different from other cryptocurrencies as it is both a payment network and a cryptocurrency (Ripple XRP). The payment network is based on its blockchain also known as RippleNet. Ripple was formed with the aim of facilitating financial transactions on a global scale. It bridges the gap in the financial sector connecting banks, financial payment providers, digital asset exchanges and corporates through its network RippleNet to provide a seamless way of sending money. What sets it apart from other digital currency platforms is the fact that it has good connections with legitimate banks such as UBS, Bank of America and Santander. Those banks are already beneficiaries of Ripple services. It provides instant connectivity across networks, it is fast, gives real-time traceability of funds and it is relatively cheaper due to low operational and liquidity costs. Ripple is very seamless when it comes to cross border transactions as the transaction only takes four seconds which is faster than even Bitcoin which can take hours. Its low transaction fees make it a good alternative to Bitcoin. It is highly scalable since it can handle up to 1500 transactions per second unlike Bitcoin which can only handle around 7 currently.

Ripple XRP is the main currency that is used in the Ripple network for transactions and all transactions are recorded in the XRP ledger which is a decentralized ledger.

The currency has faced growth in the recent past due to financial services in Japan and South Korea deciding to adopt the technology of the currency.

Initially the company in charge of Ripple made 100 billion ripple coins and so far 38 billion are already in circulation. The rest of the coins are held by the company and will be released gradually. The company plans to release one billion ripples per month.

Since Ripple is different, it has a high potential of growth and is likely to be adopted by many countries. Unlike Bitcoin which is in a way competing with banks and financial institutions, Ripple is working to increase the efficiency of these institutions.
Just like other cryptocurrencies, Ripple can be purchased from exchanges but currently is not on Coinbase. You will also need a wallet for storing XRP and can trade them anytime like any other cryptocurrency.