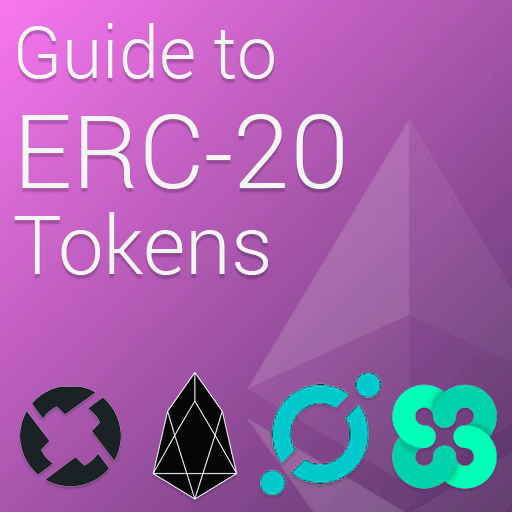 There are many cryptocurrencies on the Ethereum network and they all serve different functions. Most of the time they aim to solve a certain problem and that explains why there are so many tokens built on the Ethereum platform. One of these is the ERC-20 token.

When Ethereum was first formed, it was created to offer a seamless network to ICOs and all the users in general in that it was able to do what the Bitcoin blockchain was not able to do. What gives it an edge is the smart contracts concept. That led to many ICOs and developers adopting the network and thus there was a need for a standard and hence the rise of the ERC-20 token.

Due to the fact that the ERC-20 tokens are used as a standard in the Ethereum network, they can be used in a way to empower developers to make the right predictions in the network which will help in creating efficiency of the network. Developers are obliged to make an accurate prediction of how new tokens will function in the Ethereum ecosystem. The efficiency created by the ERC-20 tokens saves developers the need for redoing projects every time a new token is released since it creates a certain compatibility with the new tokens released as long as they adhere to the rules. This therefore means that most if not all new tokens released in the Ethereum network are ERC-20 compliant since developers have to adhere to the rules. The ERC-20 tokens are however very flexible and adaptable and can be used for making whatever kind of tokens that you may imagine. Mostly, the ERC-20 tokens are used for ICOs for crowdfunding purposes and many other reasons. Other tokens can be created using the standard and can also be held and distributed by ERC-20 smart contracts on the Ethereum blockchain.

ERC tokens just like any other tokens can be built and developed by anyone so long as they have the skills. Both Ethereum and ERC-20 token standard can be accessed by anyone for free since they are open source. As long as one has the technical know-how of creating a token then they are set to get started. You need to understand how the Ethereum smart contracts work and the needed programming language. ERC-20 tokens can therefore be programmed and customized to suit different needs.

The fact that anyone can make the ERC-20 tokens means that scammers can make the token too. A good example is the case of Confido which was an escrow related token. After investors investing in the token, the developers took an exit and thus disappearing with all the investments. It is therefore very important to do a proper background check of any ERC-20 token before considering to invest in it since where money is involved scammers are also involved.

Uses of the ERC-20 Tokens

There are endless imaginations on the use of the ERC-20 tokens. As mentioned earlier, the ERC-20 token is mainly used as a standard for making other tokens. The number of tokens that can be made s endless and the problems they can solve is also endless. ERC-20 defines a set of six functions that are recognized and understood within the Ethereum ecosystem. ERC-20 tokens can be used to facilitate: assets that revolve around tokens, staking platforms, native currencies for decentralized apps, collateral deals, security dividends, and token based voting systems among many others. Through the standard, one can get to know about transferring the token and how to access data about a token. Most of the time, ERC-20 token as a standard defines two events: signals that a smart contract can fire, and signals that other smart contracts can listen for.

With the standards set by ERC-20 tokens, it is possible for developers of different entities in the Ethereum ecosystem such as wallets, exchanges and other smart contracts to predict the behavior of the new token just based on the standards. It makes it easy for them to work with any tokens as long as they follow the ERC-20 standards.

Just like any other tokens, the ERC-20 tokens are normally stored in wallets. You have an option of storing them in MyEtherWallet, which is the easiest and free way to generate an Ethereum wallet address. Upon creation of your wallet and successful login, you will access all your tokens from the right side of the page.

There are however many other wallets that you can use to store your tokens. For added security especially if you are storing a large amount of ERC-20 tokens, you might want to consider a Trezor or a ledger hardware wallet as they will store your tokens well and at the same time interact with MyEtherWallet for an additional layer of security to make sure that your private keys are well protected and not exposed even to your computer as that may be a big security threat.

Currently many wallets that support Ether such as Jaxx, Mist, and many others are also supporting the ERC-20 compliant tokens since they work more in the same way.

Buying of the ERC-20 Tokens

There are many exchanges from where one can purchase the ERC-20 tokens; it all depends on the tokens that one is looking for. There are thousands of tokens currently available and there are also many exchanges it’s up to you to do your research and decide what will best suit your needs as a person.

You should however be aware of the pump and dump techniques that are used by some upcoming ICOs so that you may avoid losing money. There are some scammers who only create a token for a pump and dump such that they pump and when they get enough buyers they dump. Through some communities such as Reddit and GitHub you should get enough information on the developers and performance of ICO.

There are also services that will rate ICOs such as ICObench and ICOrating.

The Future of ERC-20 Tokens

Since the cryptocurrency space is facing massive growth lately, there is high likelihood that the ERC-20 tokens will also face growth. Since Ethereum is the one that is widely used, it only means that ERC-20 tokens have an opportunity for growth. The fact that they make it easy for developers and make the Ethereum ecosystem seamless means that it will be on demand since it has many benefits.

The fact that ERC-20 token is still young as a standard means that it will not escape its set of challenges. For example you cannot send token directly to a tokens smart contract as that may make you lose money. This is due to the fact that it is the responsibility of the token’s contract to track and allocate money. When money is send to another person, it’s the responsibility of the wallet to call the token’s contract for the database to be updated hence you stand a chance to lose money if tokens are transferred directly to a tokens contract as the contract will not be able to respond. As a solution to this problem, an extension of the ERC-20, ERC-223 has been formed to do a token fallback so as to prevent the contract from accidentally holding the tokens.

As mentioned earlier, the fact that the ERC-20 token sets a standard, it does not mean that it will not filter out scammers, cons and other bad people from the network. There are also chances that there are other standards that will come up or extensions of the ERC-20 such as the ERC-223 that will come up and that will make the network better and more seamless.